The MULTINANO ANR project (Functional nano-circuits at artificial laminar MULTIferroic interfaces by NANOlithography) is a combined experience / theory approach associating 3 french laboratories in a project running from 1/04/2020 to 30/09/2024.

This project aims to exploit near-field and nanoindentation techniques to realize new nanoscale devices, including multifunctional components that are sensitive to a variety of external stimuli.

The project is supported by the french national research agency (ANR) under grant number ANR-19-CE09-0036. 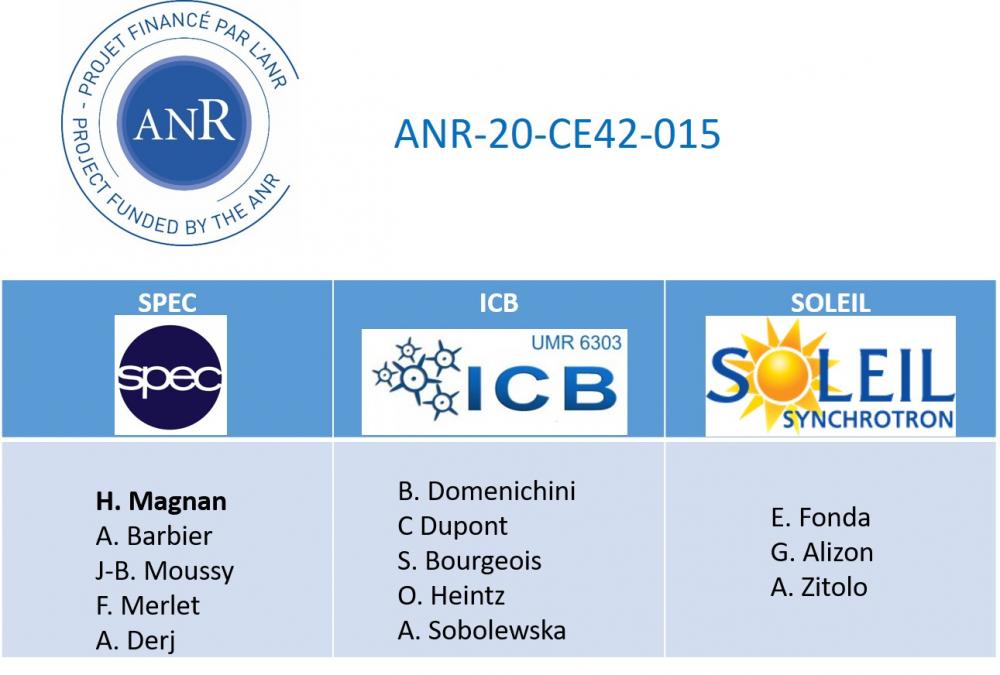 The water crisis is the #1 global risk based on impact to society as announced by the World Economic Forum in January 2015 [1]. Indeed, groundwater is a scarce resource as it only account for 0.3% of the Earth's total freshwater reserves. And already, 663 million people - 1 in 10 - lack access to safe water and 2.4 billion people - 1 in 3 - lack access to adequate sanitation (including 1/3 of all schools)[2,3] which has been shown to strongly impact local water quality and population’s health [4] Even when safe water is accessible, there can be great variability in its composition depending on many environmental and human factors [5], which can sporadically render it unsafe. Despite this, little is known of this variabilities and interplays because no global and permanent monitoring of these freshwater resources. Hence the objective of this proposalto develop a new low cost, multi-analyte water quality monitoring solution.

See a video description of the project.