The NANOELECTRONICS GROUP activities explore the quantum properties of nano-conductors. In the past, the group developed the world's first electronic quantum shot noise measurements to show the quantum noise suppression by the Fermi statistics, to evidence the e/3 fractional charges in the Quantum Hall Effect regime or to study the statistics GHz photons emitted by quantum conductor. 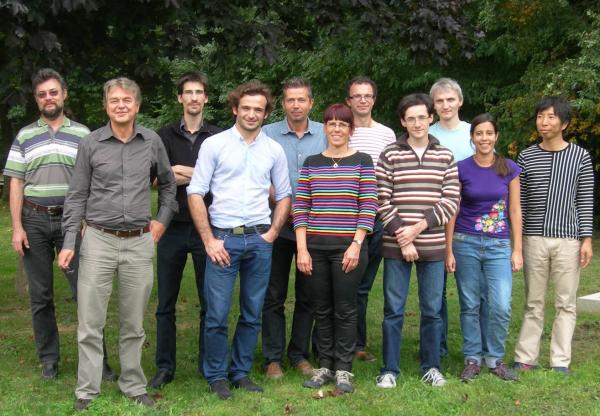 Our research activities are:

Electrons on Helium : We study a system of few electrons over a film of liquid helium. The advantage of putting the electrons over the film of helium is that it provides almost ideal isolator. Unlike metal or semiconductors, where electrons are never more than few nanometers from an impurity or a crystalline defect, liquid helium has no defects. The behaviour of the quasiparticles in helium, such as surface or bulk waves (ripplons and phonons) and their interaction with electrons is rather well understood.
Lire la suite