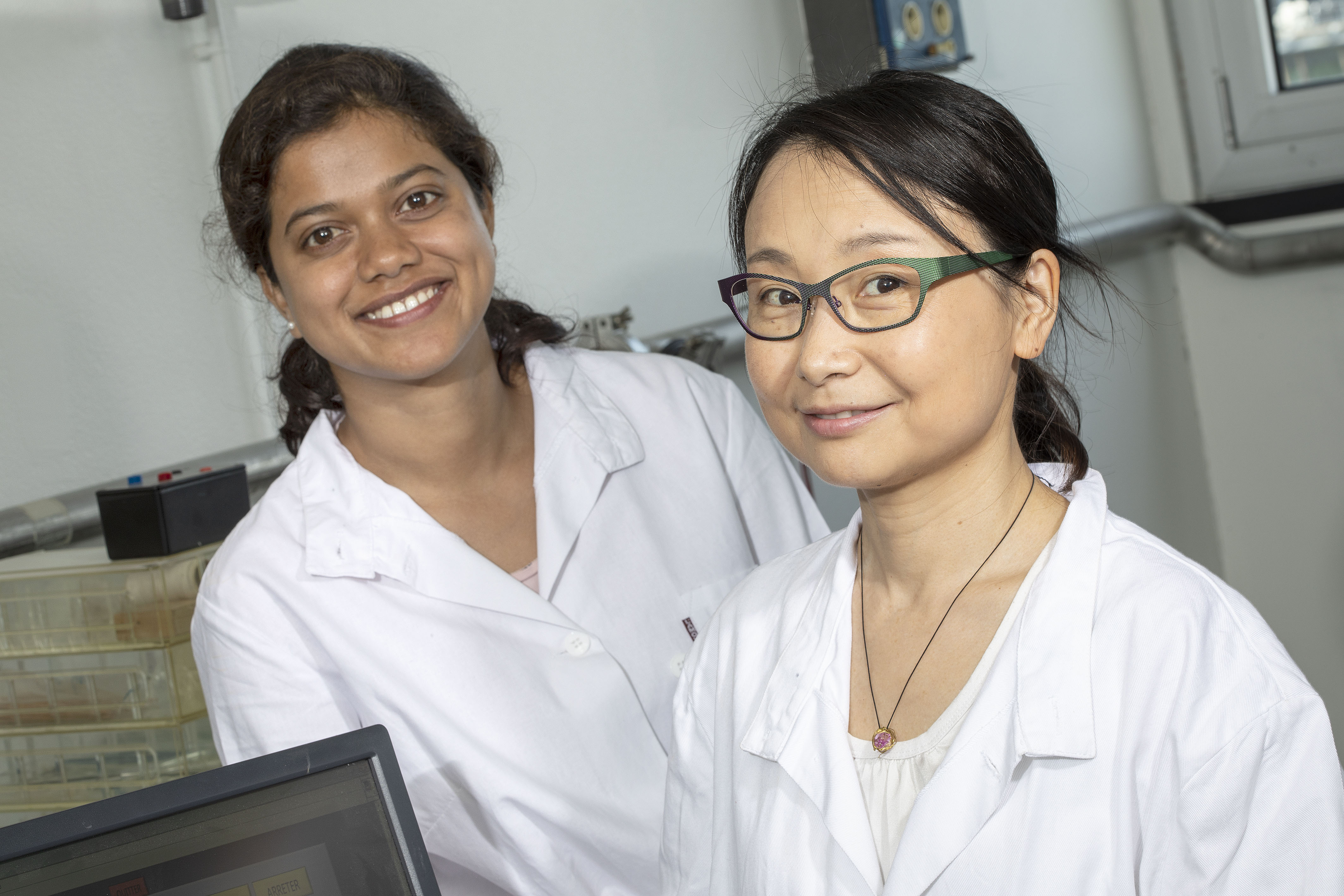 We study thermal-to-electrical energy conversion phenomena in liquids by combining experimental techniques from physics, physical chemistry and electrochemistr. It is an exciting new field of research that is attracting increased attention as an alternative solution to semi-conductor based thermoelectric materials.  The underlying physics , the types of complex liquids and possible future application paths are described below.

Thermoelectricity at a glance

The application of a temperature difference ΔT across a solid conductor causes mobile charge carriers to diffuse from hot to cold region, giving rise to a thermoelectric voltage V = -Se∆T. The prefactor Se is called th thermopower or Seebeck coefficient since the discovery of this phenomenon by Seebeck in 1821. This enables the conversion of heat to electricity.

In ordinary metals like copper, the Seebeck coefficient Se is of the order of 10 μV/K. In the mid 20th century much higher Seebeck coefficients of a few hundreds of μV/K were obtained in low-gap semi-conductors, and those materials are still the object of intense research activities, with the perspective of converting low-grade wasted heat; e.g., body heat, car exhausts, industrial waste streams, solar heating, etc.,  into electric energy. Conversely, the application of voltage ΔV results in a temperature difference (the Peltier effect) such that the same material can be used as a thermoelectric (TE)-cooler.

Despite the robustness of TE-technology (including long life-time, no moving parts, etc.) and its wide range of applicability (wherever a thermal gradient exists), the TE-generators market has so far been restricted to a small number of technological areas due to their low efficiency. The thermal-to-electrical energy conversion efficiency, η of a given TE device is most often expressed as a function of a dimensionless parameter ZT, called “figure of merit”:

ZT is proportional to the square of the Seebeck coefficient Se and to the ratio between the electrical (σ) and thermal (κ) conductivities. Up until 20 years ago, TE-devices had been based almost exclusively on low-gap solid-state bulk semiconductors whose ZT values are comprised in the ~0.1 – 1.0 range [1].  Compared to other heat engines (see Figure 1), there is no wonder why the TE-technology was not considered for a wider and larger-scale heat recovery applications.

Figure 1: TE-conversion efficiency as a function of ZT and heat source temperature compared to other heat engine technologies. Image taken from  [2]

In the mid-1990’s Hicks et al., [2] predicted significant improvements in the thermoelectric efficiency in nanoscale elements.  This has generated a great surge in nanostructured thermoelectric (micro)generators (See figure (left)). In a very simplified term, by ‘nano’structuring, one can reduce the material’s thermal conductivity κ, without affecting its electrical conductivity σ, resulting in an enhancement of ZT, figure of merit (see Eq. (1)).

Liquid electrolytes are characterised by the presence of several ion species (dissolved in a liquid matrix) and their "thermoelectric" effects have been known since the end of the 19th century. The observed TE-coefficients in electrolytes are generally an order of magnitude larger that the semiconductor counterparts, including nanostructured materials (see Figure 3 below). The electrical conductivity of these liquids, however, is a few orders of magnitude lower than solid counterparts and therefore, liquid based TE-systems have long been considered technologically irrelevant despite their advantages; e.g., material abundance, low production costs, etc.. 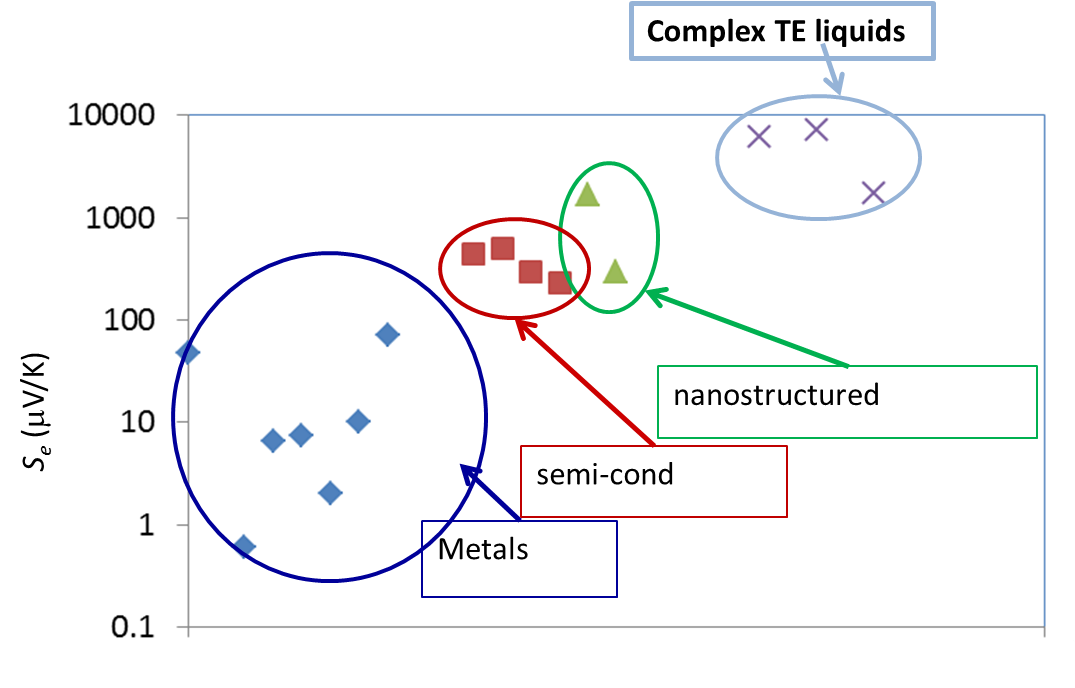 Since the discovery of TE-effects in complex liquids such as ionic-liquids/solvent binary mixtures, and charged colloidal and macromolecular suspensions, such perception surrounding liquid thermoelectrics is changing in recent years. Broadly speaking, there are 3 different sources of thermoelectric power in electrolyte containing thermoelectric cells; namely, (a) Thermogalvanic effect b) thermodiffusion of ionic species and c) Selective ion attachments of ionic species to the hot and cold electrodes.

Figure 4: Different mechanisms at the origin of thermoelectric voltage in liquid electrolytes.

While these effects are independently known to exist in liquid electrolytes and complex liquids (such as colloidal suspensions and ionic liquids), the interdependency among thermogalvanic-thermodiffusion-EDL effect is still in the basic research phase. At SPHYNX, we are exploring  these novel thermoelectric phenomena in various complex liquids.