We have investigated the optical answer of gold nanostars synthesized by colloidal chemistry. They consist of a near-spherical core from which 5 to 8 sharp tips point outwards. The average tip to tip distance amounts to 120 nm - 150 nm. Three different microscopies have been used, namely :

Under optical excitation objects smaller than the exciting wavelength exhibit remarkable absorption properties in relation to coherent collective oscillations of the charge carriers inside the particle. Spatially, these plasmon resonances translate into highly localized hot spots at the surface of the objects. Figure 1 displays the generic behavior of two different nanostars under optical excitation. Figures (a,d) correspond to the topographic signatures recorded by SEM. Figures (b,e) show the near field mappings of the corresponding objects at different wavelengths. Figures (c,f) are superpositions of both topographic and optical signatures providing clear evidence that the bright spots of high photoelectron emission intensity spatially coincide with locations of the tips of the nanostars. 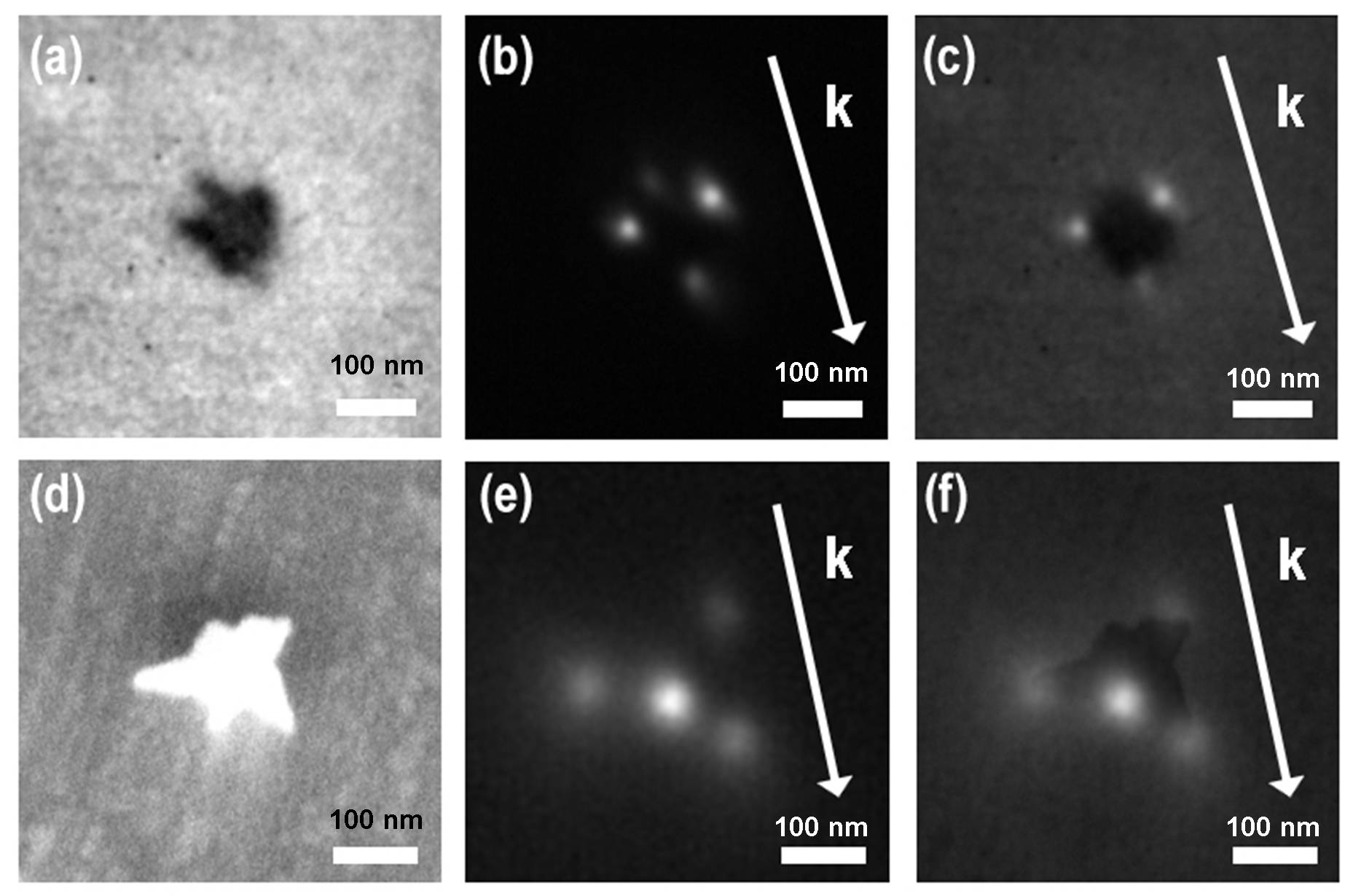 For all PEEM images: grazing incidence of the laser at a = 73°, incident power density of ~125 MW/cm², the white arrow represents the k-vector of the laser light. The white scale bars represent 100 nm.

By adjusting both polarization and/or wavelength of the exciting beam, we can achieve the selective excitation of individual hotspots/tips in a single nanostar. A characteristic example is displayed in figure 2.a through d providing evidence that three of the four tips (of nanostar II) can be excited individually. From a careful comparison, spectrometric differences between near and far field signatures of the very same objects exists (peak positions). Size effects beyond the quasi static approximation (radiation damping, retardation of the exciting field) have been identified as the major processes affecting the  peak positions of near- and far-field signatures. So, even for a 120 - 150 nm size object, size and shape effects beyond the quasi static approximation are of importance. 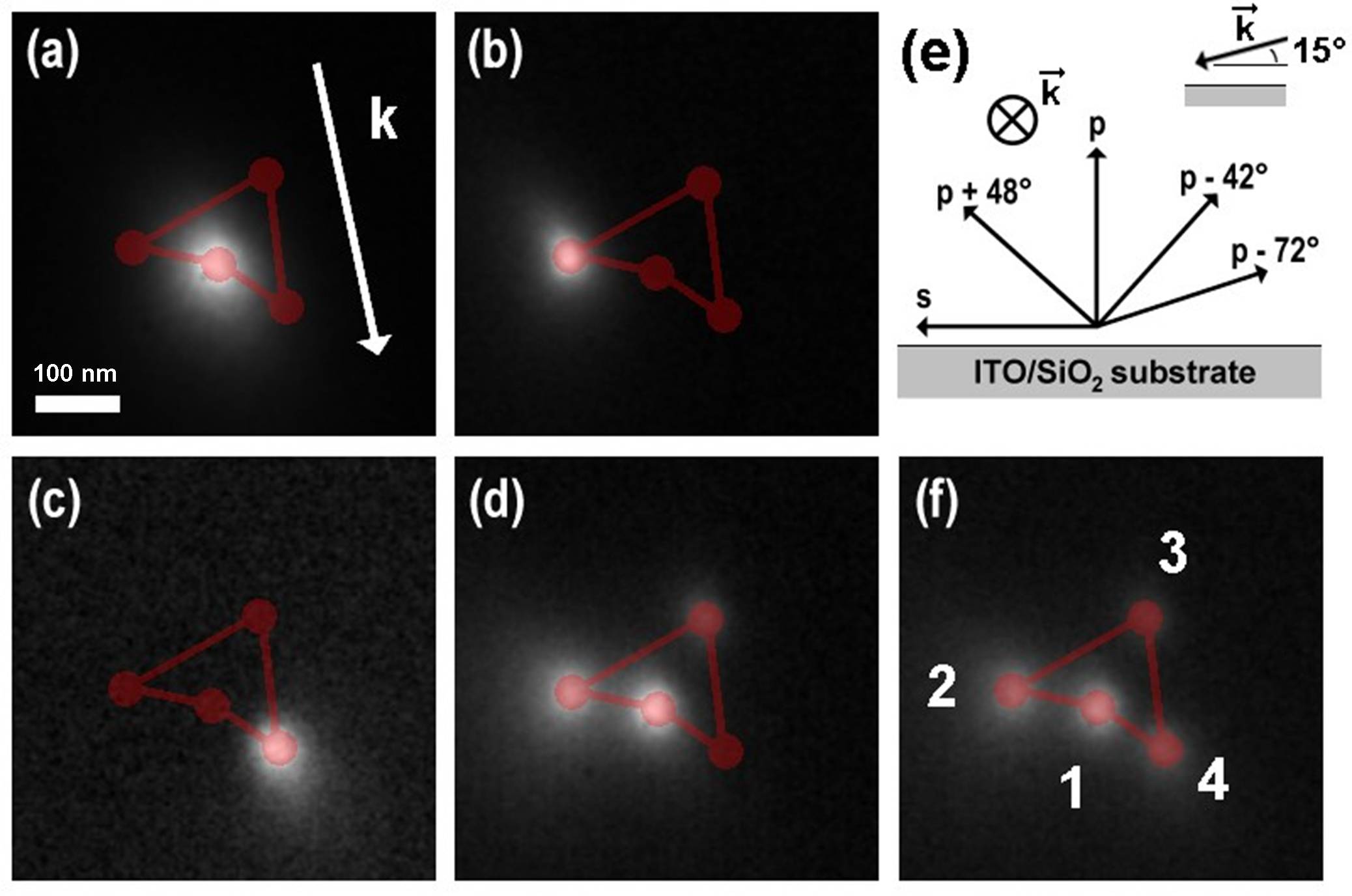 In conclusion, plasmonic hotspots in single gold nanostars are located at the tips and can be excited selectively by laser light as evidenced by photoelectron emission microscopy. Selectivity is achieved through wavelength and polarization of the excitation light. Comparing photoelectron emission intensity and dark-field scattering spectra of the same individual nanostars reveals both similarities and complementarities of the two techniques in terms of observable plasmon resonances, estimates of field enhancement, and sensitivity to absorption and scattering, respectively.

This investigation combining photoelectron emission, low energy electron, and scanning electron microscopies brings important fundamental results in plasmonics for the scaling down of photonic devices to the nanometre range.