To observe this electric dipole, the researchers from SPEC and their collaborators have devised an experiment, described in Figure 1a, in which a stream of magnons is emitted towards an electronic Mach-Zehnder interferometer realized in a graphene p-n junction, acting as an ultra-sensitive electric dipole detector. The detection mechanism is two-fold: 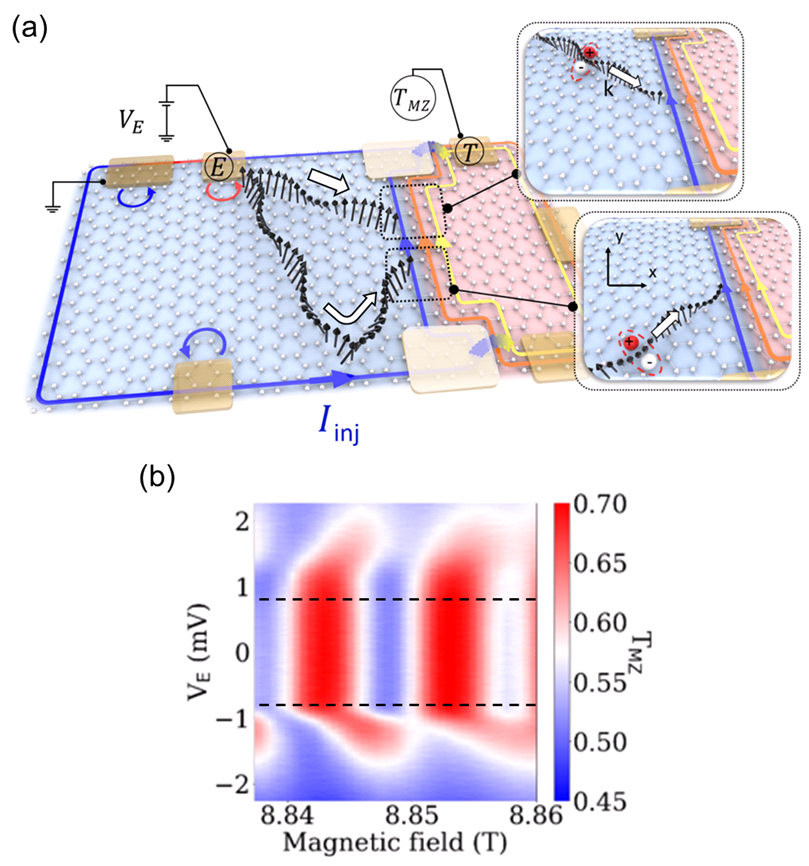 Fig. 1 | Unveiling the excitonic nature of magnons with an electronic Mach-Zehnder interferometer.
(a) Artist sketch of the experiment: a flake of graphene is divided into two regions with opposite p- and n- doping (blue and red areas), creating at their interface an electronic Mach-Zehnder between the edge channels of each region with same spin (blue and yellow arrows). An additional channel with opposite spin (red arrow) also propagates in the right region but does not play any role here. Magnons (wavy black arrows) are emitted from a biased contact Ⓔ towards the interferometer. Depending on the propagation direction relative to the interface (symbolized by the large white arrows), the magnons’ electric dipoles (red and white balls) can have different orientations when impinging on the interface, as depicted in the insets.
(b) Electronic transmission TMZ across the interferometer, measured versus bias voltage VE and magnetic field. Above the bias voltage threshold (black dashed lines), magnons are emitted and the interference patterns become tilted and significantly blurred, indicating phase shift and decoherence.

The researchers have confirmed this dual effect in their experiments (see Figure 1b), demonstrating the first observation of the excitonic nature of magnons in a quantum Hall ferromagnet. Furthermore, the analysis of their results unveils several elusive properties of the magnons; amongst them, the facts that the emission process is Poissonian (that is, magnons are indeed emitted randomly in time), and that increasing the drain-source potential increases the magnons’ emission rate rather than their energy.

The ability to couple magnetic excitations to quantum coherent conductors offers many exciting possibilities for experiments probing new phenomena at the intersection of mesoscopic quantum physics and spintronics.