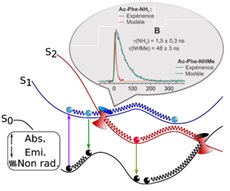 While the absorption of light by molecular systems and in particular biomolecules is ubiquitous in Nature and used in many fields of research, the understanding of the underlying ultrafast process following the photon absorption is still limited. Conformer-selective excited state dynamics of bio-relevant systems (isolated and hydrated peptides, or model complexes for chiral recognition) have been then investigated, in the frame of the ANR-funded ESBODYR project, through a synergetic experimental/theoretical approach :

(i)    An original multi-step and multi-level theoretical strategy to efficiently and accurately model the excited states potential energy surfaces of these systems have been developed.
(ii)   In parallel, novel experimental procedures coupling the measure of excited state dynamics by nano-, pico and femtochemistry techniques with the conformer-selectivity brought by IR spectroscopy or its variant in helium droplets have been implemented.

By unraveling the mechanisms at play after the absorption of a photon, the project aims at documenting how the electronic energy is eventually used (isomerization, chemical reaction) or released (light emission, thermal conversion) by the system; these processes being also of paramount importance in many field of applied research. In addition, the project promotes advances in technical developments, namely in modeling the fate of the energy absorbed, which has potential applications in fields as diverse as photochemistry, biology or material sciences.

¿ Nonadiabatic dynamics simulations (Excited state and conical intersection) : As the low-lying excited states of different nature of these systems need to be described simultaneously in a balanced and accurate way, an innovative theoretical approach has been developed. First, non-adiabatic dynamic simulations based on time-dependent density functional theory (TDDFT) have been performed to provide hints about the critical motions driving the deactivation. Second, the pathways have been then investigated at a better level of theory with the standard coupled cluster method to second order (CC2). Finally, in order to validate the standard method, an original multireference wavefunctions method in localized orbitals has been extended and applied to these systems.

° Conformer-selective laser spectroscopies (IR-UV/UV, IR in helium droplet) : From the experimental side, the IR/UV double resonance and time-resolved UV/UV spectroscopies are used to obtain crossed-checked information about structure and dynamics. Beyond the nano- and picosecond regimes, exploratory studies at the femtosecond regime were conducted to treat ultra-short-lived excited states. Besides, for systems devoid of a near-UV chromophore, IR spectroscopy in helium droplets has been developed and applied to a series of flexible molecules in order to detect the whole conformational population. 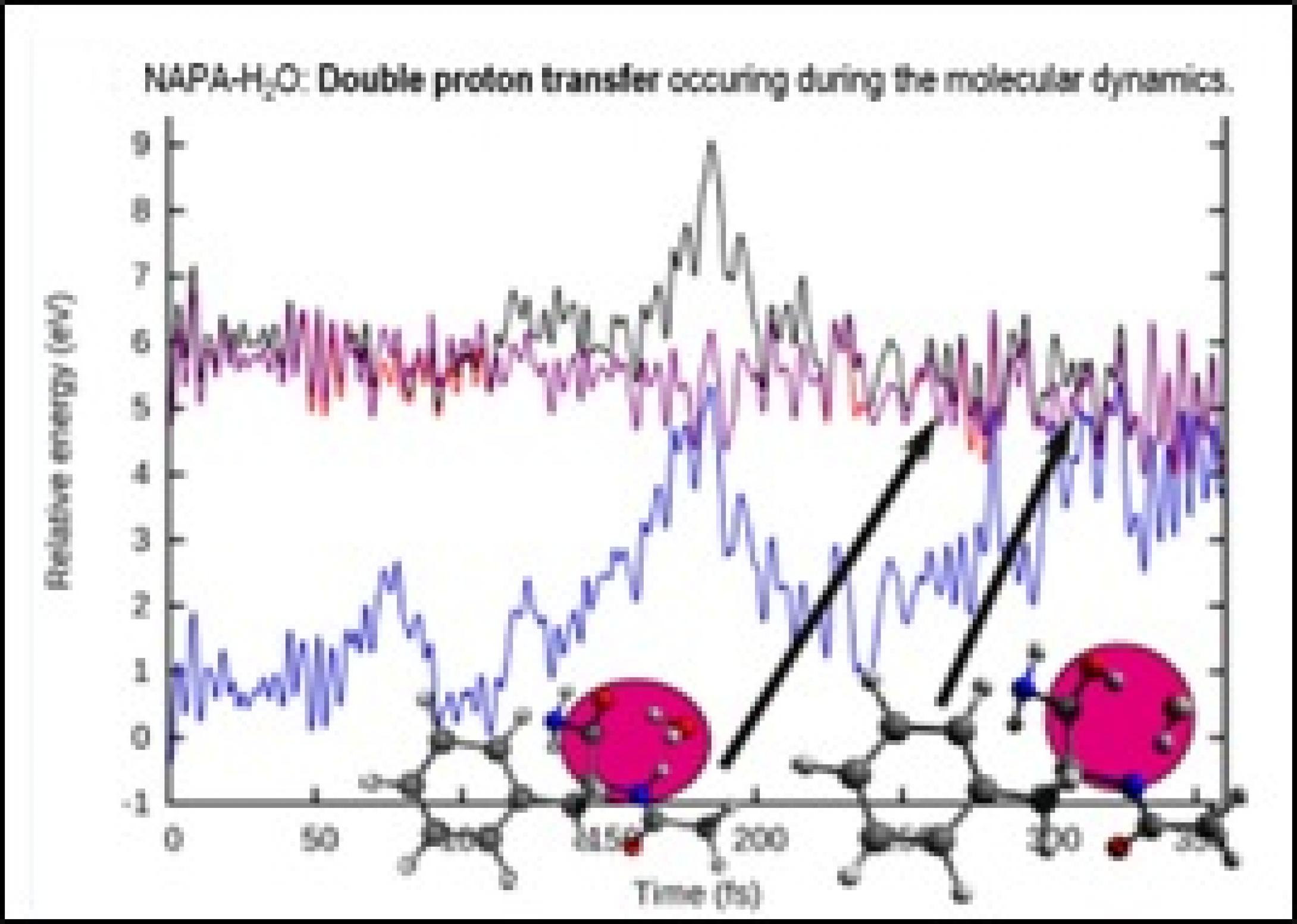