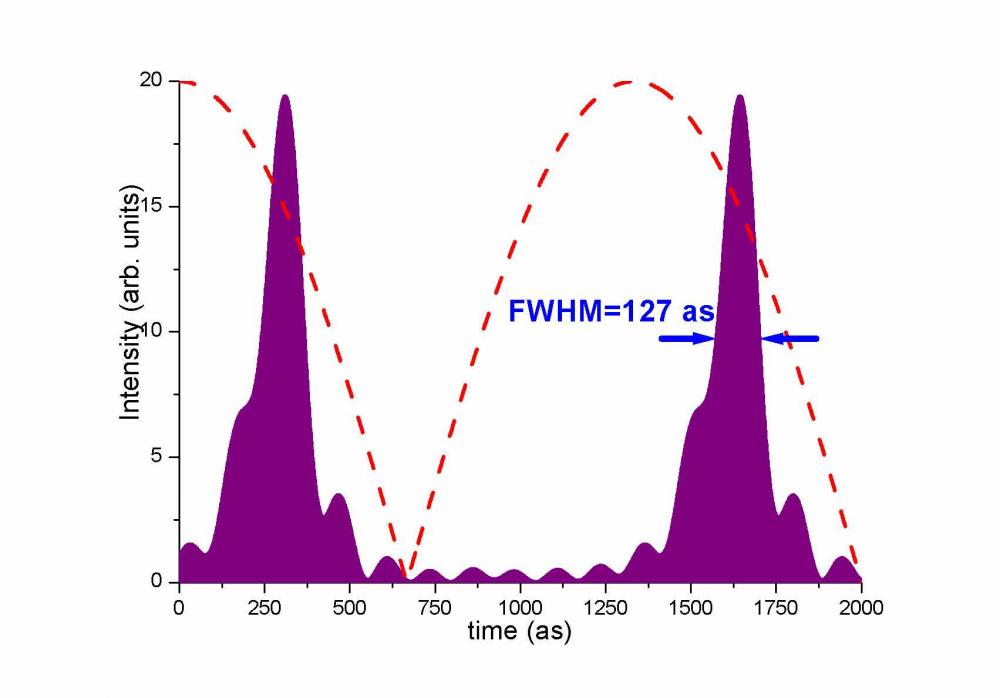 Currently our activity is aiming at further developing these attosecond sources and at exploring the new physics they make accessible (see below). In-house theoretical studies provide support on these topics, using and developing 3D propagation codes in combination with Strong Field Approximation microscopic response. Further support is provided through external collaborations with theoretical groups in, e.g. Paris (LCPMR), or Madrid (UAM). 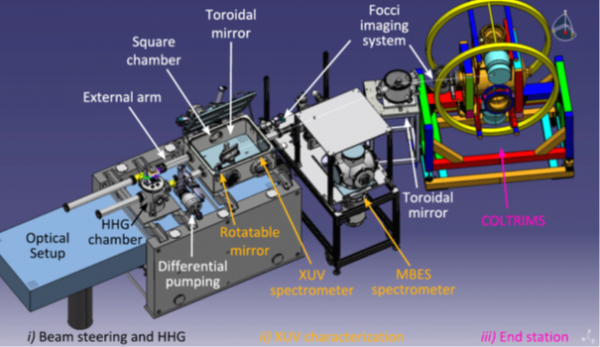 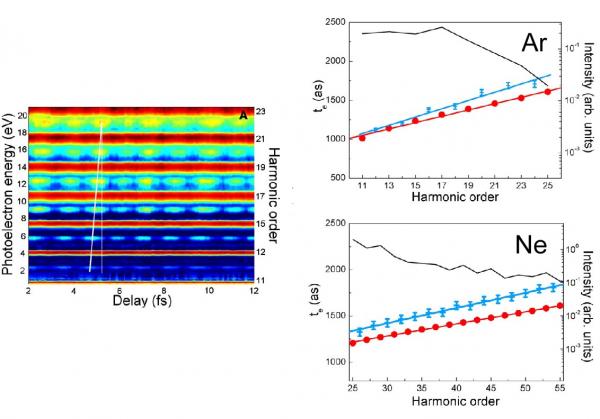 This interference effect allows performing a coherent control of the attosecond emission through variation of the alignment angle [1]. This made the cover of the July 2008 issue of Nature Physics. 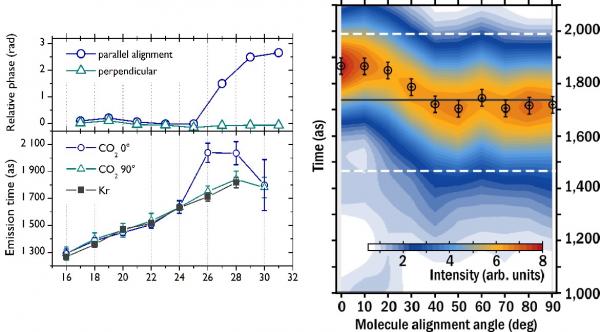 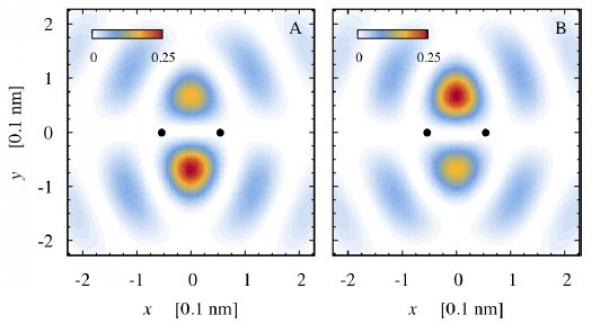 In collaboration with two theory groups (LCPMR-Paris and UAM-Madrid), we have developed a new technique called ‘Rainbow Rabbit’ based on coherent multi-color ionization by an attosecond pulse train precisely synchronized with an infrared laser pulse [1],[2]. This technique gives direct access to the spectral amplitude and phase of the resonant electron wave packet emitted in the continuum. A Fourier transform then allows us to resolve the ultrafast buildup of the autoionizing resonance, revealing the decomposition of the process in two nearly consecutive steps governed by fairly different time scales (Fig. 1): during the first 3 fs, the direct ionization channel dominates; then, the resonant path starts contributing as the doubly excited state decays in the continuum, resulting in interferences between the two channels that ultimately shape the Fano profile. This technique opens multiple opportunities for studying ultrafast strongly correlated dynamics in a variety of systems, from molecules and nanostructures to surfaces, and controlling matter changes at a most fundamental level. 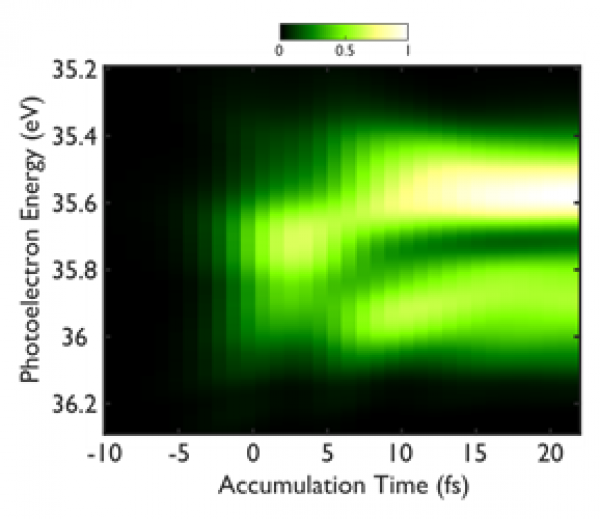 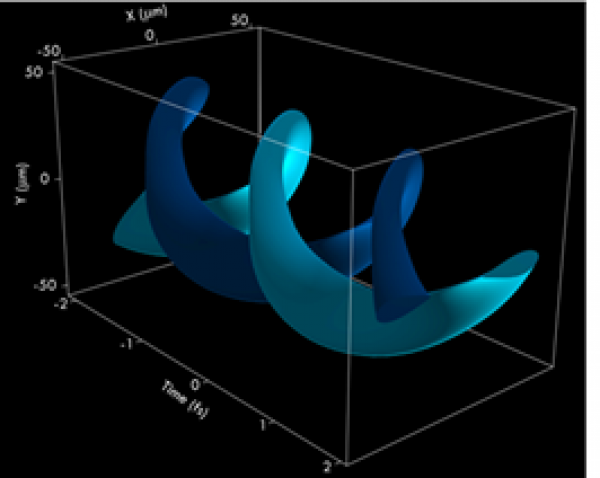 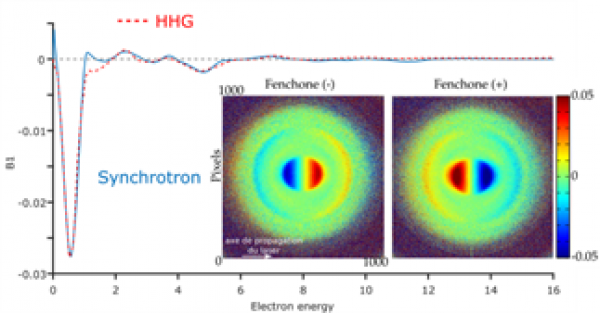 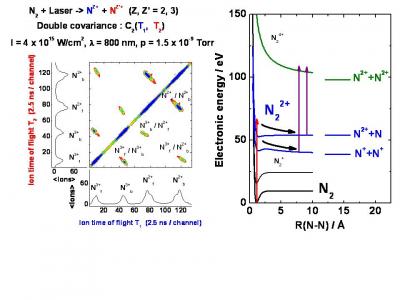 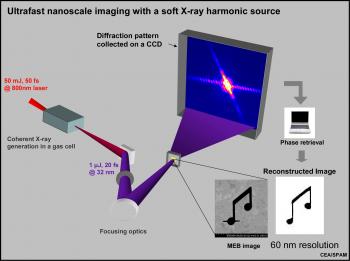