Various news about the SESAME IPHI - Neutron project which is supporting the construction of a 50kW CANS demonstrator at the CEA Saclay.

The project is supported by the Region Ile de France

A 24/24 hour test run was also performed to demonstrate the reliability of the machine operation. The tests was performed with a fixed beam at 93% of the designed power. A further increase in the total power is expected as the beam rastering system will be set up.

A first diffraction pattern on a steel rod was measured on the DIoGENE instrument. 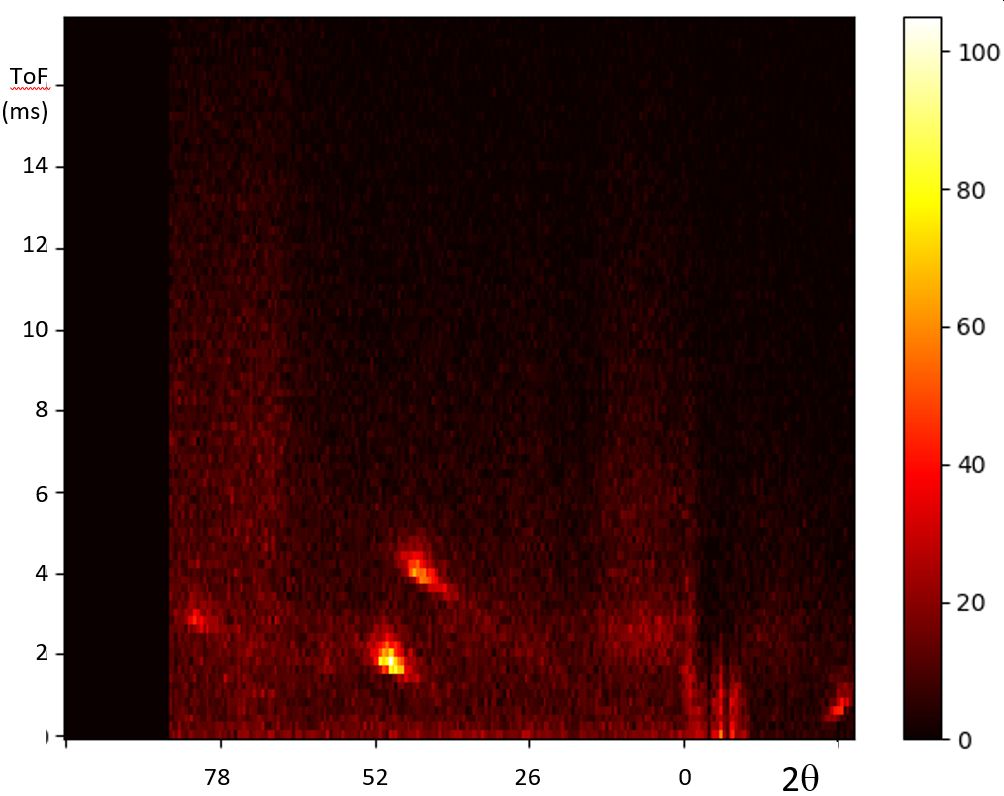 First neutrons on the DIoGENE instrument

The DIoGENE instrument (DIffusion GEnerique de NEutrons) has been installed in the IPHI casemate. It features 256 high pressure Helium detector tubes. The electronics (MESYTEC) has been upgraded to operate in event mode.

View of the inside of the DIoGENE detector and first neutrons measured on the detector.

The RAEVEN setup combining a scintillator and a CCD camera has been setup on IPHI. A first radiograph was measured.

A high power Be target prototype was tested on IPHI (with aluminium mock-ups) at a beam power up to 38kW (90% of the nominal value). The target is divided in 15 sub-elements which can be easily replaced.

A first reflectivity experiment was performed on IPHI. 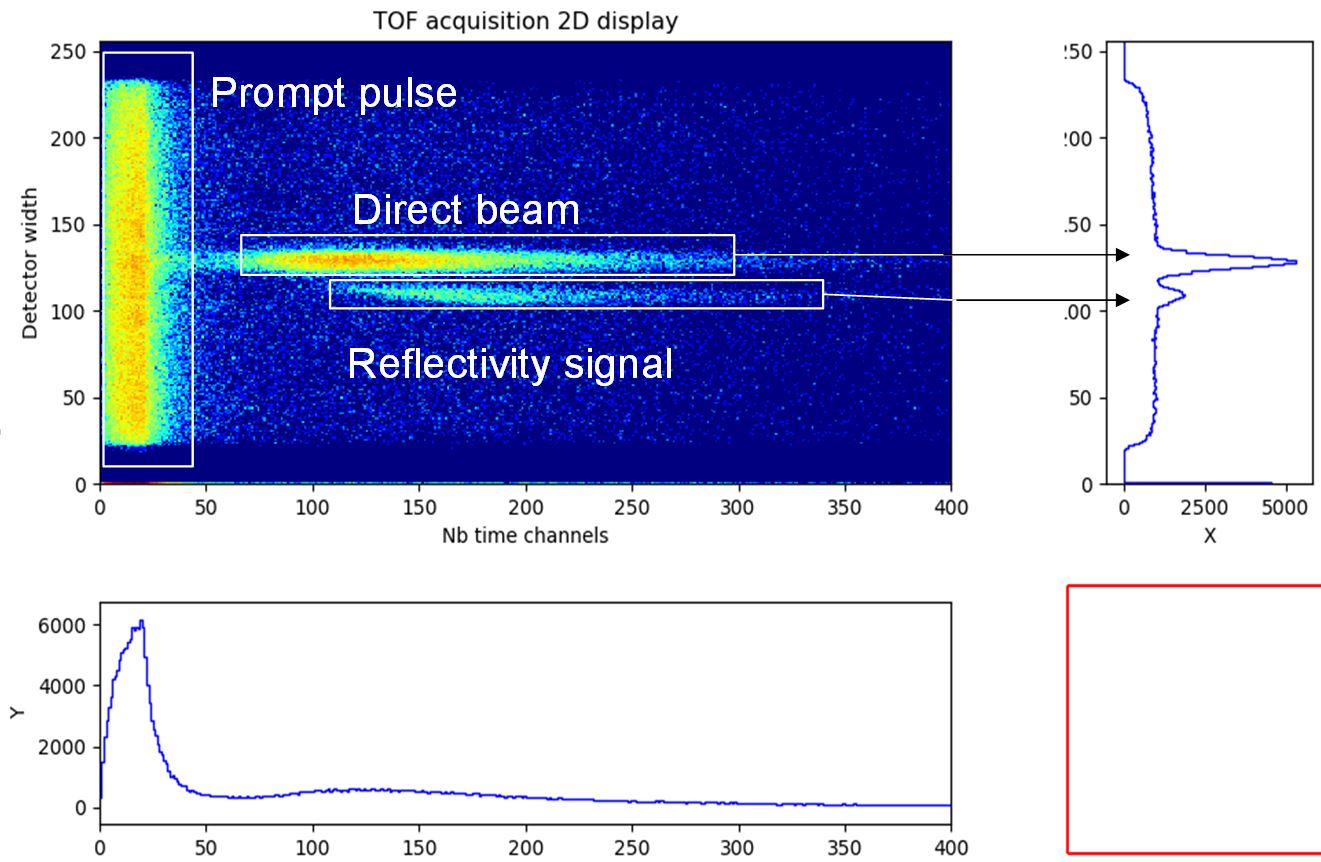 A first radiography was performed on IPHI 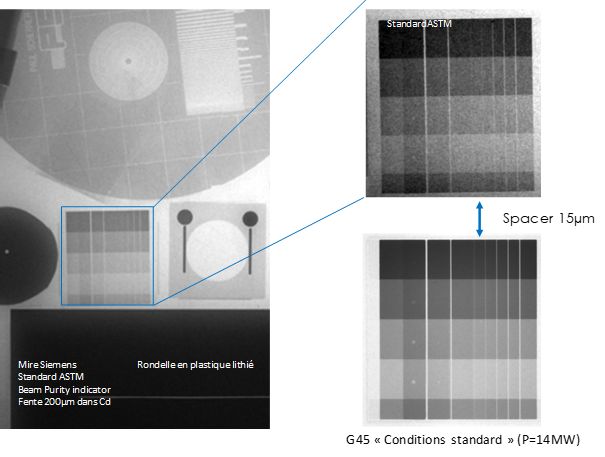 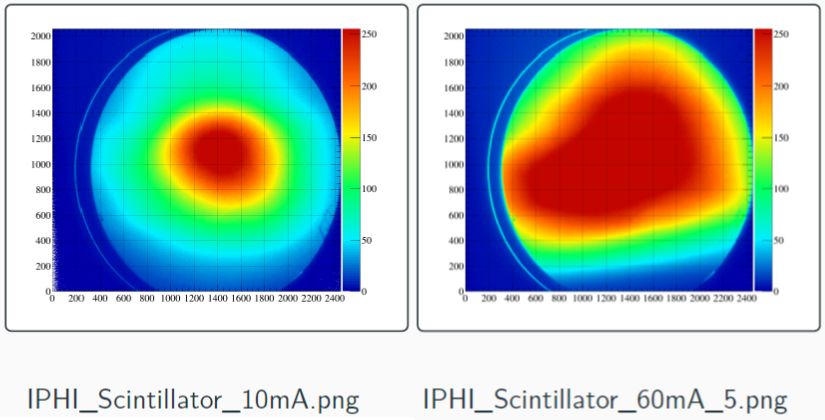