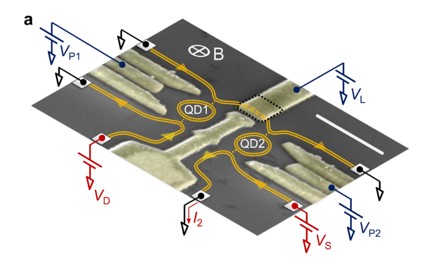 Left: in a perfect two-dimensional conductor the conduction electrons move freely according to their wave vector. Middle: In a classical vision, the application of a magnetic field deflects the electrons from their trajectory, which becomes circular when the field is very intense. The conductor then becomes an insulator. If the trajectory of an electron encounters one of the edges of the sample, it is reflected, then continues its circular trajectory and thus propagates along the edge. On the right, quantum computation shows that electronic edge channels form at the sample edge, where the current can only flow in one direction imposed by the orientation of the field. 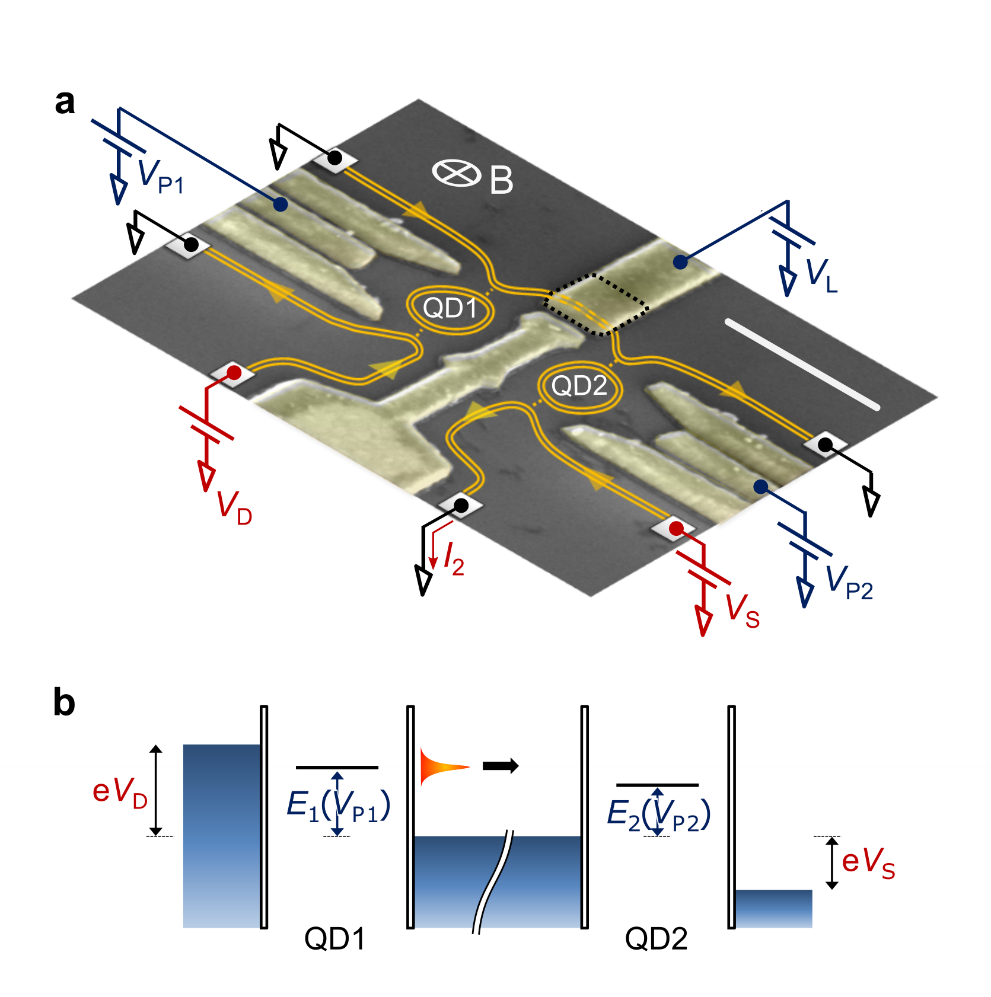 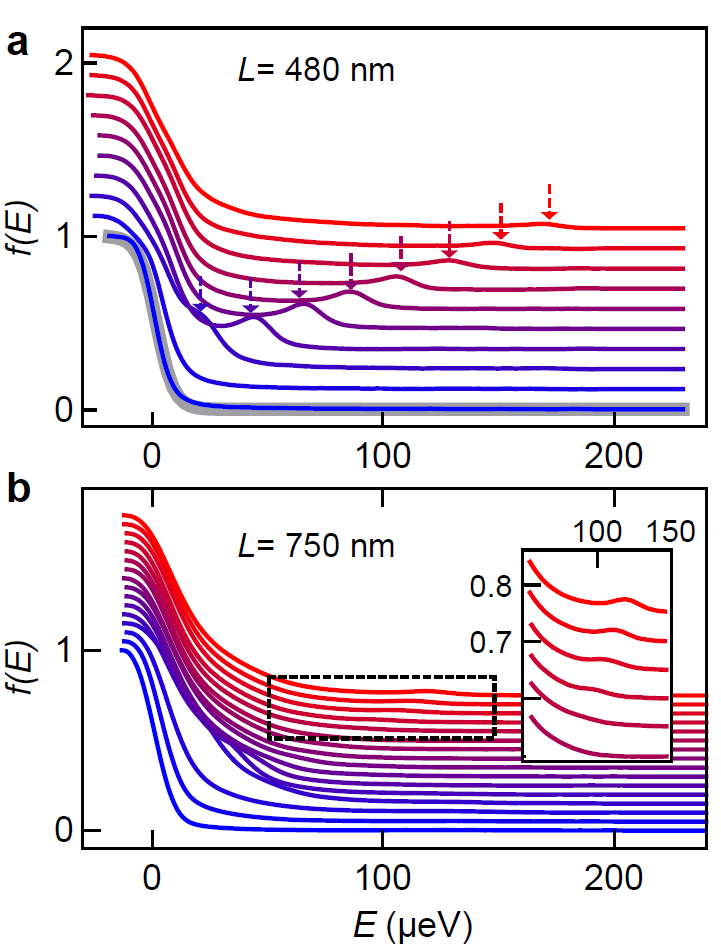