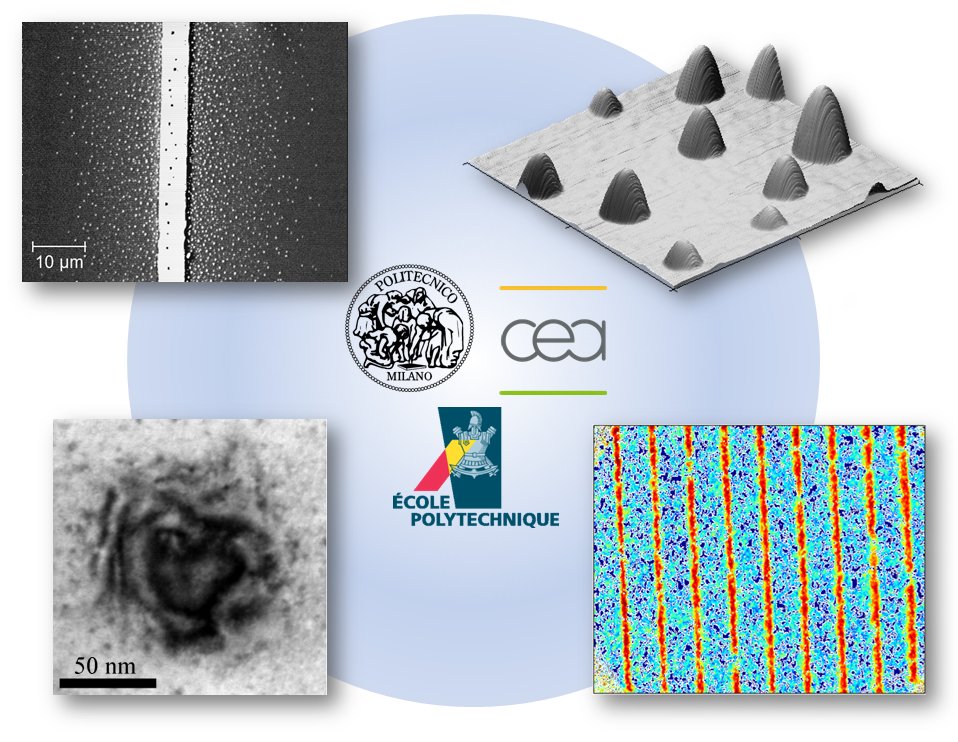 SiGe nanostructures on crystalline Si substrates with (001) orientation are among the most studied system in condensed matter physics and nanoscience. The subject generates ten thousand papers from late 1980s to 2010. This interest has been mainly driven by the important potential applications in micro, opto and nanoelectronic devices thanks to the improvement of the optical and electronic properties compared to bulk systems, while preserving a wide compatibility with the existing technology. These features come essentially from the possibility of engineering the strain field within the nanostructures using the lattice mismatch of ~ 4.2 % between Ge and Si and from the spatial confinement, capable of modifying the electronic band structure leading to an increase of the charge carrier mobility. It is obvious that these applications largely depend on the control of surface processes during the growth of the nanostructures, and their performance (above all, operating speed) are strongly dependent on strain relaxation and dislocation injection.

Besides the technological interest, the SiGe/Si(001) system has received much attention since it is also a model for understanding the fundamental processes occurring during three-dimensional (3D) island formation and self-organization phenomena. In fact, the lattice mismatch between Ge and Si introduces a stress field which has dramatic effects on the growth process and is responsible for a number of structural and electronic phenomena. In particular, the stored elastic energy can be partially relieved by spontaneous formation of 3D objects of nanometric size on top of a pseudomorphic SiGe wetting layer. This growth mode, called Stranski-Krastanov (SK), is a way of easily forming self-assembled nanostructures, which can be used to obtain quantum confinement of charge carriers in nanoelectronics device applications.

In recent years, considerable efforts have been devoted to the growth of hetero-epitaxial SiGe nanostructures with well controlled size, shape and positioning, and with defined stoichiometry and strain state, all critical issues for both fundamental understanding and the future device engineering. However, some aspects still need to be addressed for a complete understanding of this system, including: (i) the competition between kinetic and thermodynamic factors for island formation and their stability, (ii) the mechanisms governing the relative growth of individual nanostructures, (iii) the elastic and plastic strain relaxation, and (iv) the Si incorporation occurring during the growth (SiGe intermixing).

In the present work, we carry out an experimental investigation of the relationship between morphology, elemental composition, strain state and electronic structure of self-assembled and lithographically defined SiGe nanostructures by means of several spectro-microscopy techniques. The Si and Ge diffusion dynamics and the self-organization phenomena during the growth of SiGe islands have been studied by Scanning Auger Microscopy (SAM) and Atomic Force Microscopy (AFM). Micro-Raman, SAM and Scanning Transmission Electron Microscopy coupled with Electron Energy Loss Spectroscopy (STEM-EELS) techniques have been used for the investigation of the interplay between strain relaxation mechanisms and SiGe intermixing phenomena in self-assembled islands. The effects of strain and composition on the electronic band structure in lithographically defined SiGe nanostructures, in layout very close to those used in prototype devices, have been characterized with nanoscale spatial resolution joining information from Tip Enhanced Raman Spectroscopy (TERS), nanofocused X-Ray Diffraction (XRD) and Energy-Filtered PhotoElectron Emission Microscopy (PEEM).

The work presented in this thesis is the outcome of an experimental PhD research project developed at the Politecnico di Milano (Milano, Italy) in co-tutorship with the École Polytechnique (ParisTech, France) and the French Atomic Energy Commission (CEA-Saclay, France). The achieved results yield from a very effective joint effort of several experimental groups working together in a strict collaboration. The author has represented the fil rouge among them, establishing a strong interaction with all the people involved in the project and directly performing and actively participating in every measurement presented in the following.

Scanning Auger Microscopy (SAM) and Atomic Force Microscopy (AFM) have been performed at Department of Physics of the Politecnico di Milano. Micro-Raman Spectroscopy has been carried out at the Materials Science Department of the Università di Milano-Bicocca. Energy-Filtered PEEM measurements have been realized at CEA and during two standard experimental runs at the TEMPO beamline of SOLEIL Synchrotron (France). Tip Enhanced Raman Spectroscopy (TERS) and preliminary Transmission Electron Microscopy (TEM) analysis have been performed at the École Polytechnique, while more extensive TEM and STEM-EELS measurements have been developed at IMM-CNR in Catania. The nanofocused-XRD experiment has been carried out during a standard experimental run at ID13 beamline of the European Synchrotron Radiation Facility (ESRF). The close collaboration with the laboratory L-NESS in Como made available the set of the lithographically-defined investigated samples. The experimental results have been exploited in close collaboration with a theory group at the Materials Science Department of the Università di Milano-Bicocca for a deeper insight into the atomic level mechanisms during island growth process.