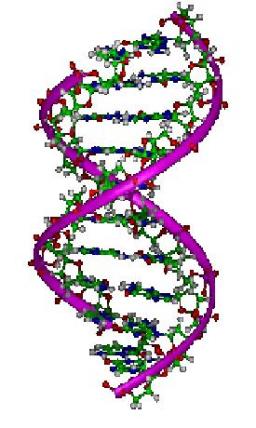 Our recent experimental and theoretical investigations dealing with model DNA double helices, composed of either adenine-thymine (A-T) or guanine-cytosine (G-C) base pairs and guanine quadruplexes shed some light on the excited states populated by photon absorption and their relaxation, energy transfer among bases and one-photon ionization. These studies revealed that the Franck-Condon excited states of DNA helices cannot be considered as the sum of their monomeric constituents because electronic coupling induces delocalization of the excitation over a few bases. Energy transfer takes place via intraband scattering in less than 100 fs. The fluorescence lifetimes of DNA helices detected by fluorescence upconversion and corresponding mainly to ππ* transitions are longer than that of an equimolar mixture of nucleotides; the only exception was observed for alternating G-C polymers. Moreover, nanosecond flash photolysis experiments showed that organization of bases within single and double helices may lead to a lowering of their ionization potential. Finally, the first determination regarding the time-scale needed for the formation of thymine dimers, the (6-4) adducts, was determined for the single strand (dT)20.