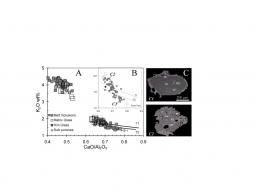 Between 28 December 2002, and 20 July 2003, Stromboli produced one of the most important lava emission of the past three centuries. Various lava flows were extruded from the summit crater and from vents opened between 600 and 550 m a.s.l., on the northern flank of the volcano (Sciara del Fuoco). Venting of lava at low elevation resulted in the drop of magma level in the volcano conduit, the collapse of the summit craters and the temporary cessation of the ordinary explosive activity from late December to late March. During this period, however, the persistence of seismic very long period (VLP) signals (explosion-quakes) indicated that magma-gas dynamics which characterize the persistent “strombolian” activity of the volcano remained essentially unchanged. At 9:12 local time of April 5, 2003, a paroxysmal explosion occurred while outpouring of lava was in progress from a lateral vent at 600 m elevation and craters were clogged with debris. The paroxysm lasted a few minutes and consisted of two violent, cannon-like explosions followed by a vertical jet of gas and pyroclasts and by a waning phase of ash and gas emission. Pumices emitted during April 5, 2003 event indicate that the explosion was driven by the fragmentation of a gas-rich strongly mingled magma blob, in which no stable mineral paragenesis exists. A few olivines show evidence of crystallization during continuous mixing between HK-basaltic magmas slightly different in terms of degree of differentiation, crystallization, volatile contents and mainly with respect to their respective volumes. The end-members of the mixing trend are (i) the glassy matrix of the pumice and (ii) the primitive melt inclusions in olivine Fo85-87. The most primitive term is thus sizeable at micrometer scale only. The latter represents the uprising HK-basaltic melt, with a dissolved volatile content of 3.1 wt% (H2O, CO2, S, Cl), from which the total fluid pressure is evaluated between 230 and 330 MPa. This magma blob is most likely nearly aphyric, since the olivine crystals that have preserved this melt represent less than 1% of crystals. April 2003 pumice do not bring the testimony of the most primitive parental Ca-rich magmas, recorded as melt inclusions, in high-Mg olivine (Fo~90), that possibly entered the deep feeding system a few days before historical paroxysms [Bertagnini et al., J. Geophys. Res. 2003]. However, in each case the involvement of a melt more primitive than the emitted pumice is only testified by olivine-hosted melt inclusions, and its imprint on the composition of the erupted magma is weak. It thus evidences recurrent features in Stromboli’s paroxysms, possibly indicating that the uprising “deep” magma blobs have small volumes and that the driving force for triggering magma ascent would be chiefly supplied by buoyancy of a gas pocket originated in the range of 230-330 MPa. Such a mechanism would imply a high volume ratio between gas and melt and possibly the existence of a bubble-rich layer of basaltic melt in this range of pressure, although this hypothesis must be confirmed. During its route to the surface, the gas-rich magma blob gradually interacts and mixes with overlying melts filling the dyke-like feeding system beneath the volcano. Contemporaneously, volatile exsolution driven by decompression participates to bubble growth, and expansion. Following this line of reasoning, the magma that erupted as pumice has the composition of the glassy matrix (~1.9 wt% K2O, 6 wt% MgO), and represents the upper part of the magma column still able to generate pumice. It means prior to significant plagioclase crystallization, implying a dissolved H2O concentration in HK-basaltic melt <1.2wt% [Landi et al., Contrib. Mineral. Petrol. 2004]. Accordingly, the limit conditions for producing pumice-generating magma would be achieved when the melt still contains a minimum of ~1.2 wt% dissolved H2O, whereas the gas-melt mixture becomes unstable. In the final stage, immediately before magma fragmentation and explosion, this “balloon” of vesicular magma rapidly raises through and mingles with the denser, degassed magma residing in the uppermost part of the cone. In conclusion, the “perturbation” that induced the April 5, 2003 explosion was initiated at moderate pressure (230-330 MPa), without direct relationship with the lava emission. 1 Laboratoire Pierre Süe, CEA-CNRS, CE-Saclay, 91191 Gif /Yvette, France 2 Istituto Nazionale di Geofisica e Vulcanologia, Pisa, Italy 3 Dipartimento di Scienze della Terra - Universita’ degli Studi di Pisa, Italy Publication: Geophysical Research Letters, 2005, 32, L10305, doi:10.1029/2004GL022257
#514 - Last update : 08/03 2005
Tweeter